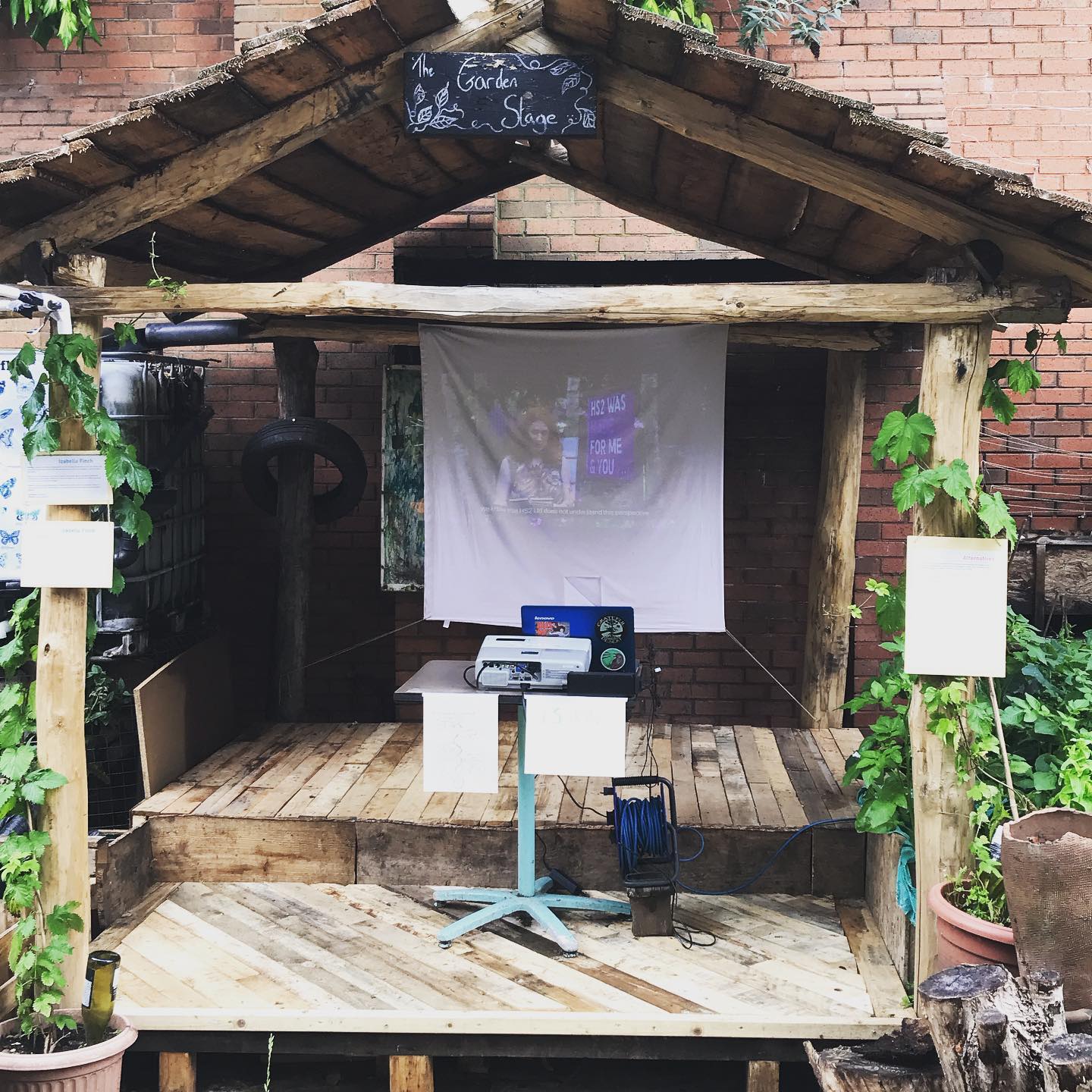 Gates open at 6, music 7 to 9. We will have the usual impromptu bar and food is available from the warehouse cafe.

Apollo ID is an indie soul artist who sings through spacious instrumentals as he takes us through a spiritual journey.

Sam Cornwell is a well known blues guitarist and folk musician who has been living and playing in and around King’s Heath many years, he has a very distinctive playing style, runs a local folk choir (Voices), is a part time gardener, a puzzle maker and all round nice geezer. Sam writes his own songs but also arranges songs to suit his own playing and singing technique to make folk and pop songs with a very different sound. He often performs with a female vocalist too

Tim Martin is a disabled musician who came to music and song writing later in life, he plays a 6 string baritone ukulele, a baritone banjolele, a stick dulcimer and often sits on a cajon/kick drum – Many of Tim’s songs are inspired by politics, the environment, and of course love- or lack of it 🙂 He also performs with a band called The Buskateers, and vocal choirs The Birmingham Clarion Singers and Sam Cornwell’s voices.