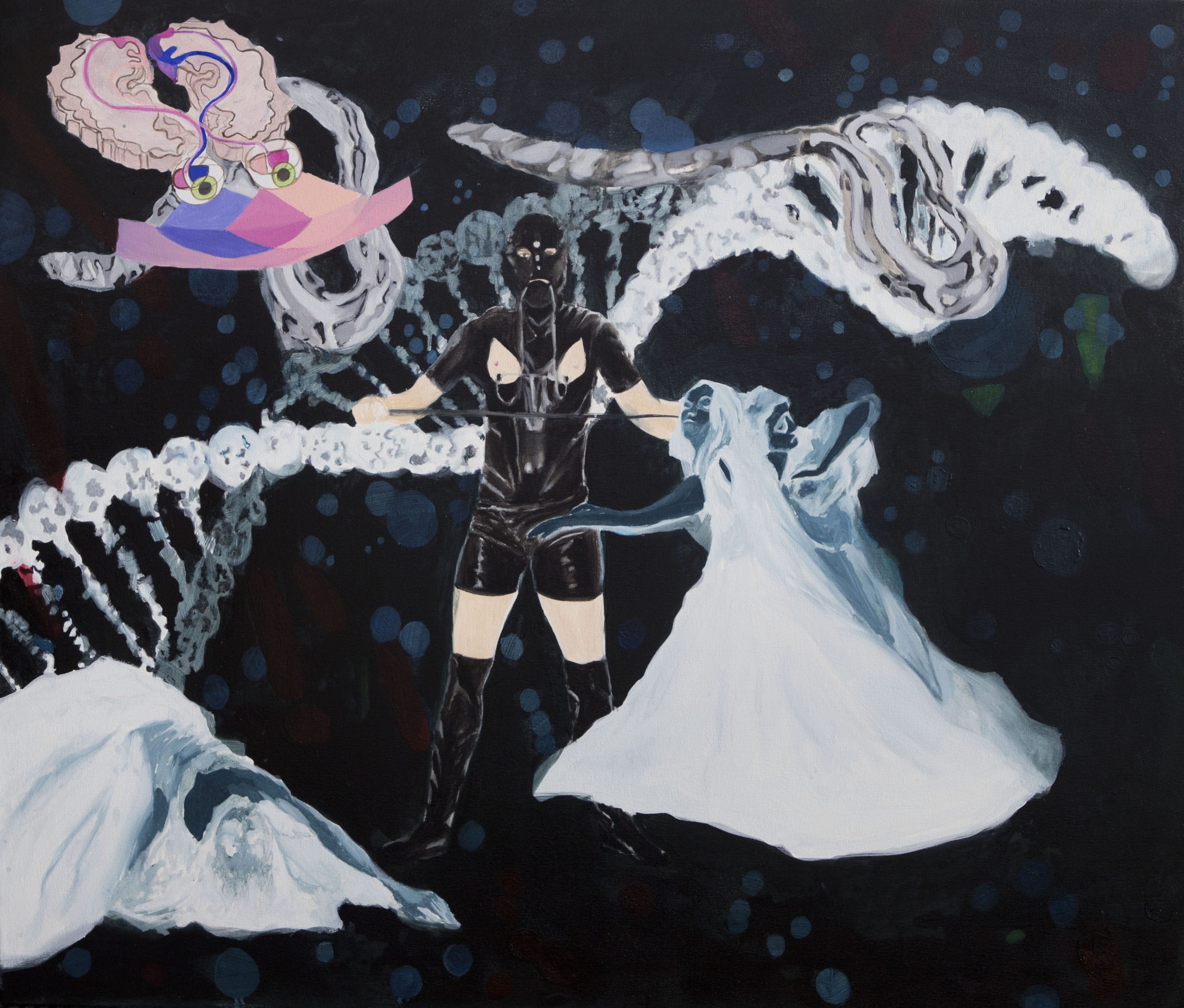 The newest exhibition by London-based, Polish painter Malgorzata Drohomirecka, exploring how visual representations in patriarchal society objectify women as the symbol of a community and the embodiment of its ‘culture and traditions’.

In the 19th century, Poland was often depicted in paintings as a female figure called ‘Polonia’. The series of paintings by Malgorzata Drohomirecka presented at the exhibition: W A (Y) S T (O) E D F R E E D O M alludes to those depictions from a 21st century point of view and transforms the national ritual of martyrdom into a sadomasochistic subversion.