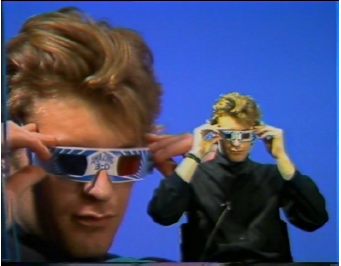 THIS IS NOW : FILM AND VIDEO AFTER PUNK (BFI/LUX TOURING PROGRAMME)

As part of Digbeth First Friday, Grand Union will host a series of screenings from the BFI/LUX touring programme This is Now: Film and Video After Punk.

We will be featuring the ‘Performing the Self’ programme. New ways to think about identity, the self and the body were all part of punk’s powerful legacy. These imaginative, diverse pieces show how artists played with ideas of performance, forging a dynamic new pop art film culture that was snappy, stylish and existential.
This will be embedded in the Prem Sahib exhibition at Grand Union at this time, tying in with the the themes of his work around queer identity.