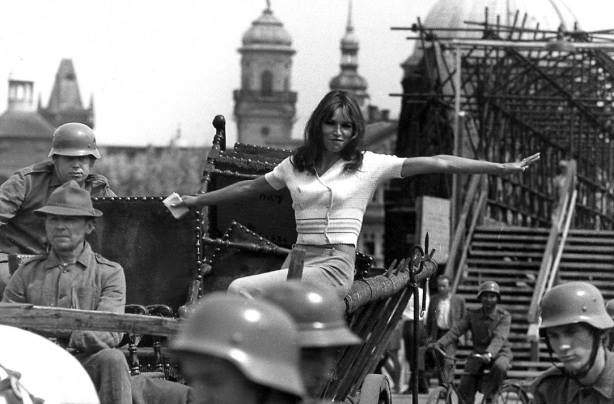 Focusing on the theme of Invasion and Uprising, Centrala will celebrate 1968 anniversary with a short movie screening about the Prague Spring and its effect on popular culture alongside the recordings of singer Marta Kubišová, who became an ikon of that period in Czechoslovakia.

This event is a part of upcoming exhibition ‘Eastern Bloc Songs: Party, Pop & Politics’ by Wayne Burrows which will address the question about connections between popular music and political situation in Eastern Bloc Countries during Soviet regime. ‘Invasion night’ is one of five film screening events in collaboration with #uprisingf68 initiative.