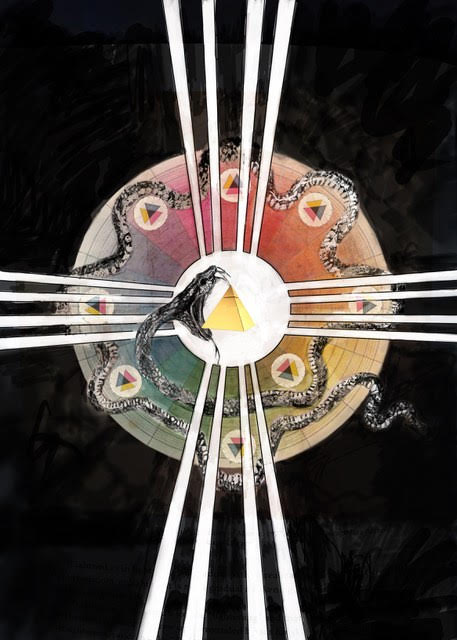 Grand Union is pleased to present Deeper in the Pyramid, a project by Melanie Jackson.

Deeper in the Pyramid is an expansive new body of work comprising of animation, sculpture, a filmed performance and a publication in a graphic novel format, written in collaboration with Esther Leslie.

We are taken on a journey of lactic abstractions, through the webs of bio-invasion and collective fantasy that interconnect various life forms through milk, its technologies and representations. The ontologies of species and gender have always been shaped by our relations with this primal liquid, and ensuring a ready supply has driven research in genetics, fertility and robotics. It is now open for radical transformation as new bio-organisms emerge, and real science merges with the fantastic.

Milk is polymorphic with an inclination for promiscuous collaboration – whether it be with bacteria, with cartoon avatars, with economics pornography, racial politics or genetic re-calibration. It is fundamental to all mammalian bodies, whilst also being one of the most technologised fluids on earth. Deeper in the Pyramid engages with the bio-economy and its representations, through the webs of care, exploitation and collective fantasy that interconnect life forms at every scale.

This project will be delivered across Grand Union, Primary in Nottingham and Banner Repeater in London later in 2018.