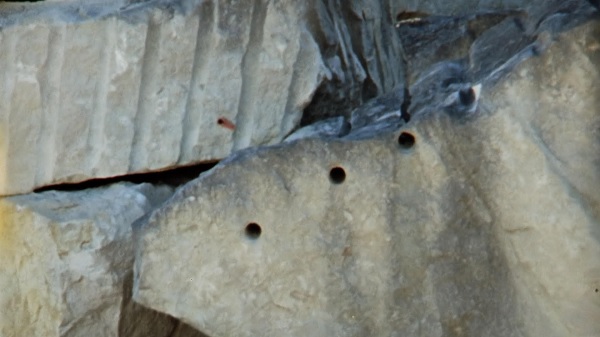 Kimberlin is an experimental film based on the discovery of an underground cinema cavern on Portland, an island connected to England’s mainland by a long pebble causeway known as the Chesil Beach. The uncanny discovery and subsequent breaking news begin to generate speculation amongst islanders as to who created the cavern and the cannisters of super-8mm film found within it.

Filmed on Portland in the months following the United Kingdom’s European Union membership referendum and scored with Abul Mogard’s dense, layered Farfisa organ tones, Kimberlin takes the viewer on a journey imbued with an ambiguous sense of (be)longing and loneliness.