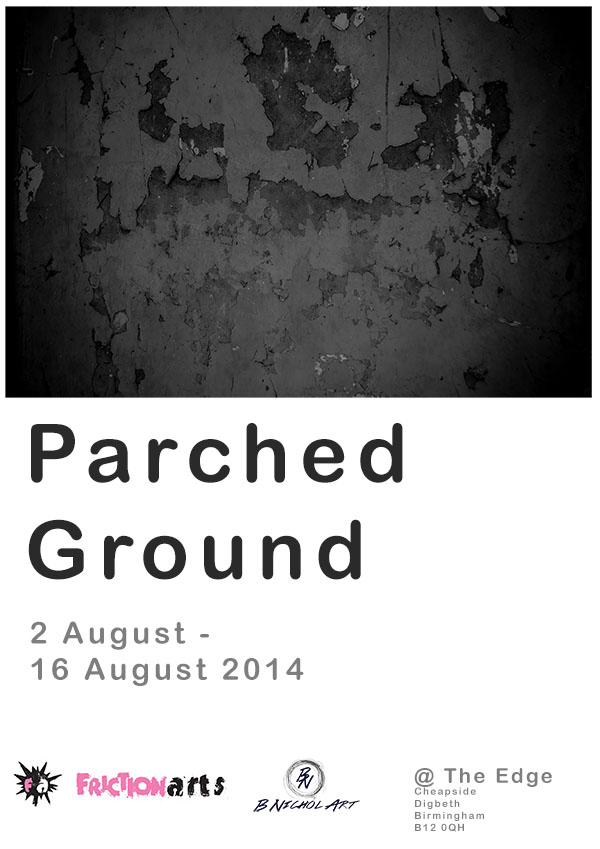 The work is an exploration into Birmingham’s industrial heritage and follows on from the Friction Arts Echo’s exhibition held last year. As part of the exhibition residents of Birmingham have been interviewed, such as Ray, Who worked in the wood trade in Birmingham for the majority of his working life and saw many company’s he worked for close had to say “Birmingham used to be known as the city of a thousand trades, now where is it?”

Ben says: “I hope this exhibition can raise questions as to what happened in Birmingham, for the city to move away from its once great industrial age, leaving these buildings empty and unloved until they crumble to dust”.

Parched Groundtakes a multimedia and multi-sensory approach and as includes photography, video installations, soundscapes, sculpture and found objects. The viewer is invited to touch and handle the work.

The exhibition will be open daily from 10am to 6pm for 2 weeks from Saturday 2nd August, closing on the Saturday 16th August with a talk by the artist being held on Saturday 9th August at 2:30pm, the talk will include being shown around the show, discussing the work and then lead onto possible futures for the unused areas of Birmingham. Come join us at Friction Arts for opening night 1st August 2014, 7pm