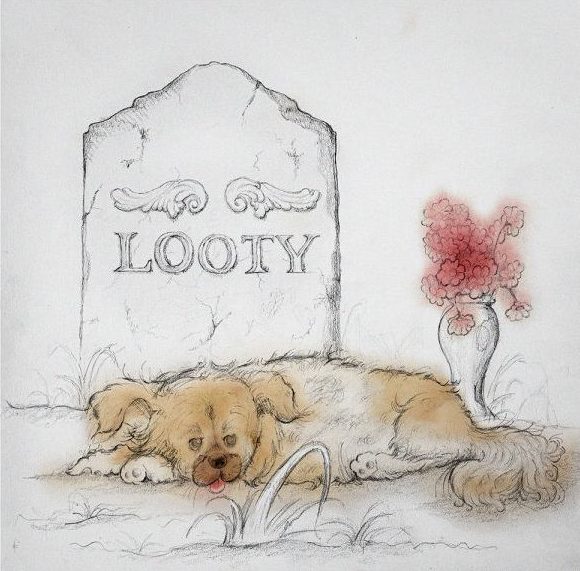 A small Pekingese dog was taken from China at the end of the Second Opium War by British troops, brought to England, and gifted to Queen Victoria. This dog was renamed Looty, after the activity of “looting,” in reference to how the dog was found during the looting of the Summer Palace (Yuanmingyuan) outside of Beijing. Looty lived for twelve years at the British royal palaces and died in 1872. It is not known where she was buried.

Looty Goes to Heaven revives Looty’s story in the context of Birmingham, which is the current site of Crufts, the largest dog show in the world, as well as the home of Ty-phoo tea, a brand named after the Chinese word for doctor.